St James’ had its origins in Garden Suburb where it began on 31 January 1961. Two Sisters of Mercy ran the school in a building, which was originally the operating theatre from the Greta Migrant Camp. During that year, the rest of the hospital was transported to Garden Suburb to form more classrooms and a temporary church.

In December 1962, New Lambton Parish was divided and Kotara South Parish was formed. In 1963, the Parish was named St Philip's and a disused colliery building in Kotara South was converted into the church. In 1974, twenty-four acres of land was purchased in Vista Parade by the parish and the new church was built opposite the proposed school site. In 1978, the Infants moved from Garden Suburb to the first completed school building on Vista Pde. It wasn't until 1981 that the whole school, Kindergarten to Year 6, opened in its present setting.

In 2010, St James’ further expanded to include a multi-purpose hall, new administration building and two environmentally conscious classrooms. The library was completely renovated, including the addition of a new Computer Lab. In 2015, the Father Doran Outdoor Education Area was built to further enhance the facilities available at the school.

In 2016, the Computer Lab was dismantled and a new contemporary learning space was established.

Since 2016, our focus has been to incorporate outdoor education into the daily life of students at St James’. This is achieved through early learning, creative play areas, creating access to outdoor spaces from each classroom and providing students with opportunities on the playground to engage in imaginative play. 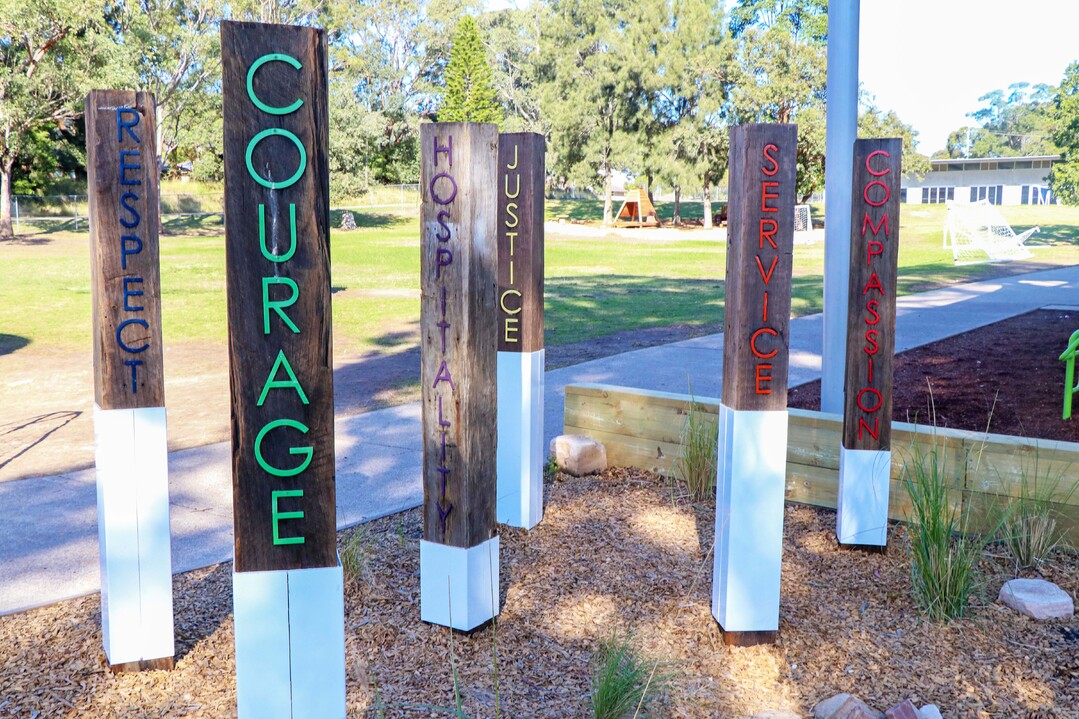